It Has Been A While!

It has been a long while since I have written, but this year seems to have accelerated more than any other year before.  We have been flat-chat for the past few months finishing off our new factory and studio complex, whilst still working on several projects, some of them all-consuming for the whole team.

We still have to add to the rather sparse landscaping around the property, but I have managed to keep the flower garden on the roof deck alive (that’s a feat in itself).  Having all three companies together (Resident Hero Custom Furniture, Kitchens by Resident Hero and Di Henshall Interior Design) is fantastic.  The logistical nightmare of having three separate entities all in different locations was unsustainable, so this move, just for that result, has been worth it.

We’ve got a couple of new team members, Juliette Curry (graduate B.Int.Design QUT) and Tia Rowed, who is our new design team assistant.  She runs non-stop all day, so at least she can say she’s not bored.  Juliette, originally from the Gold Coast, has dived into Noosa life and has worked with me on some pretty major projects already, including a couple of medical practices, which I absolutely love doing.  This is a phenomenon, because I can’t stand anything to do with medical “things”, but designing for doctors and dentists is a joy – they are so appreciative and adventurous, which is very refreshing!

I just got back from Europe.  I was in Paris for a few days, where I represented the Design Institute of Australia, as the Australian delegate, at an international design symposium in Paris.  Fifteen countries were represented and the idea is to join like-minded bodies/organisations from all over the world together to strengthen global relations furthering good design and design education.  It was a huge thrill to be asked to represent Australia and for twenty minutes or so I felt like a VIP.

I also spent a few days in Italy, where I found an amazing second-hand shop in Tuscany that was more like a huge warehouse of everything you can possibly imagine – including light fittings and lamps.  Many of you would know that I have an incurable obsession with collecting lamps and lights from all over the world, with never an idea of where I’m supposed to put them when I get back.  So, I spotted, from a thousand paces, a pendant light from the 60s (love that decade) and bought it back with me, dissembled into five separate pieces and carried (very carefully!) back in my cabin luggage. I’m going to hang it in our new reception area, even though our electrician said it is impossible to get electricity to where I want to put it – but he’s always negative like that, so I just ignored him.

Many of the projects we are doing at the moment are major renovations, basically reinventions of houses/apartments that have good bones, but basically nothing else to redeem them.  The framework is good, but the execution doesn’t suit the lifestyle or the personalities of our clients, so that’s where we step in.  We have been working on a particular, huge house for a few months now and I would doubt anyone will recognise it when we’ve finished.  The clients are totally delighted with the emerging transformation and I can’t wait to see them move back in and thoroughly enjoy what we’ve created for a long and happy future. 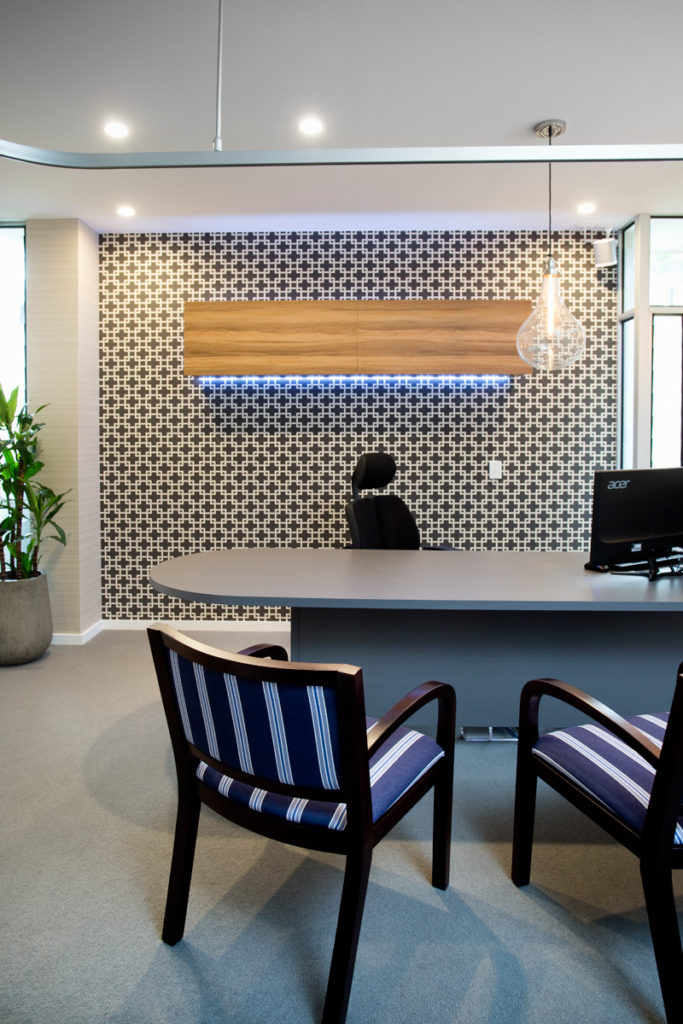 When I was in Paris I visited the Maison et Objets exposition, which I’ve been to many times before,and it is always good to see that we are not wildly different (or behind) in trends and technology.  I saw a lot of what you could call BLING – shiny gold, shiny chrome and shiny copper in lighting, furniture and objets d’art.  This would indicate that the design world thinks we are in an upward swing, because you definitely don’t see this trend when we’re in a recession, so here’s hoping the BLING continues!  Digital printing has exploded into so many different applications now, it is mind-blowing to see some of the printing that is possible now, both in fabrics, laminates, porcelain and also wallcoverings.  I’ve always been a huge fan of wallpaper and am totally excited and amazed at some of the printing that is available.  Wallpaper (don’t cringe all you people over sixty!) is and always has been the best way to transform a room/space in less than a day that can literally turn a blank canvas into an art form – don’t dismiss the idea!

Until next time, please keep in touch – we’re always here.

GET YOUR COPY OF OUR LAUNCH ISSUE OF INSPIRED

COMPLETE YOUR DETAILS BELOW AND WE WILL POST YOU A FREE COPY OF INSPIRED IN ALL ITS GLOSSY GLORY! 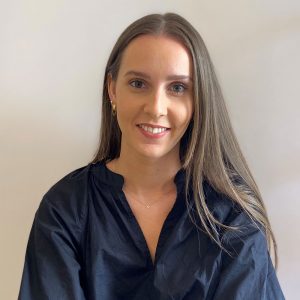 What you love the most about your job: Being in an industry where it’s always changing and evolving. I also appreciate working closely with a team that are likeminded and inspiring. Over time I also have grown a passion for sustainability paired with my appreciation for Interior Design.

If you weren’t working for DHID what would you be doing? I think I’d be still doing something creative and inspiring. On weekends I enjoy spending my time at nice places to eat & drink with family and friends or down at the beach lying in the sunshine with a good book.

Your secret talent: I think it would be that I always find myself creating/collecting samples and incorporating them into flat lays outside of work. 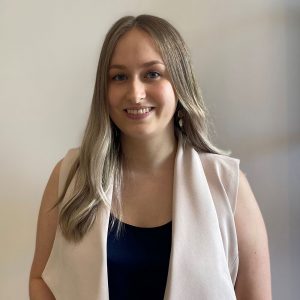 What you love the most about your job: Working in a vibrant and inspiring team that pushes the boundaries in design every day. Challenging myself and growing in an industry that I have been utterly obsessed with for as long as I can remember.

If you weren’t working for DHID what would you be doing? I am always looking for ways I can build my knowledge and immerse myself in anything design related, so I would be continuing to push myself in the industry and in my personal life to experience and create. I also have a passion for reading, love being with family and baking.

Your secret talent: I am dedicated to continuously improving my skills and knowledge so I would say my secret talent is that I’m very self-driven. 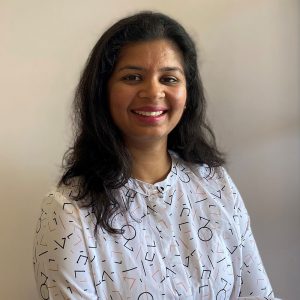 What you love the most about your job: I enjoy supporting others and making a difference in a team environment. It is a quite challenging role for me as various new avenues are now open and there is so much to learn in this beautiful designing world. Every day brings a new challenge and a lot of variety.

If you weren’t working for DHID what would you be doing? I would be working in a service-related environment.

Your secret talent: I am a great cook and love organising. 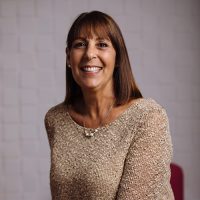 What you love the most about your job: Being involved with what goes on behind the scenes, how projects evolve from initial consultation to installation and all the excitement in between.

If you weren’t working for DHID what would you be doing? Sipping a cocktail on a deserted beach after winning Lotto.

Your secret talent: I have a few but I’m sure the one Di and the girls like the most is my love of cooking. 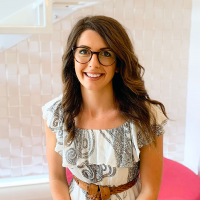 Role at DHID: Assistant to the Design and Administration Team

What you love the most about your job: I love working with a wonderful, collaborative and creative team. Every day is unique in its challenges and allows me the opportunity to learn something new and exciting in an industry I am infatuated by.

If you weren’t working for DHID what would you be doing? I currently live and breathe interior design, so I would most likely be studying! I also love being in the garden, and playing with my beautiful new pup.

Your secret talent: I have an obsession with continuous improvement and organisation. I believe my secret talent is being able to see a process that could be performed better, then finding a way to make it more efficient. 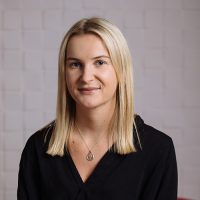 What you love the most about your job – I love the constant challenge of finding/sourcing products that are going to put the magic into a design. We source products from all over the world. I love the added challenge of putting design presentations together for clients, often with very short timeframes and sometimes seemingly impossible deadlines.

If you weren’t working for DHID what would you be doing? I would betravelling Europe or South America and maybe even studying overseas.

Your secret talent: I don’t get easily flustered and I think my secret talent is, regardless of what is going on around us, being able to keep everyone calm. I can put out an enormous workload, without looking too overwhelmed, a bit like a swan on the river. 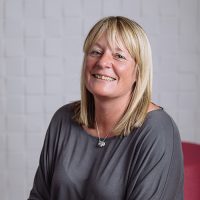 Your secret talent: I secretly am the one that keeps Di grounded. I am practical and pragmatic, so I can talk Di through the pressures and challenges of our incredibly broad range of projects and clients’ wishes. 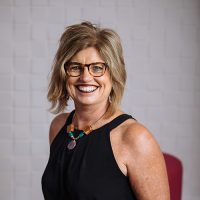 What you love the most about your job: Being organised and looking after the finances to the best of my ability for the company! Working in a very dynamic fast paced business helping with making clients dreams come true!

If you weren’t working for DHID what would you be doing? Lazing on a beach somewhere!!

Your secret talent: No secret talent although I love to cook and make people happy and put a smile on their dial! 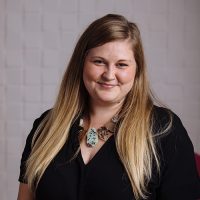 What you love most about your job – Meeting clients, deciphering what they need/want to achieve and then working closely with Di to reach the ultimate design solution. Seeing our designs become a reality in a few short months is pretty thrilling.

If you weren’t working for DHID what would you be doing? Designing a mobile home to travel the world in.

Your secret talent: I have a naturally cheeky, effervescent personality, so I think my secret talent is the ability to make people see the lighter, funnier side of very challenging situations when they arise.

Complete this form and one of our design co-ordinators will call you to arrange a personal on-site design consultation with Di Henshall.